An Aston Villa fans forum, created by the fans and for the fans. You want to bet against us

A warm welcome to Claret and Blue Army Fans Forum, it's really good to have you here

Why not familiarise yourself with the forum and all its various threads?! Including our welcome message, any questions, just ask!

There's a range of Villa articles in the Jumpers for Goalposts blog area, some great reads. Take a look!

Please feel free to follow our Twitter page, we can be found @CBArmyFanForum and you can 'like' us on FB search for Claret and Blue Army

If you'd like to write an article for our Blog, please speak to a member of the team

In a first of regular Blog articles Chris Harte takes a look at the season ahead and outlines why he beleive's it's such a crucial one for OUR club.

Chris Harte is 40-something years old and  a regular for over thirty years and in that time has seen over 700 games, the vast majority being at Villa Park. He can be found posting on www.theclaretandbluearmy.com Please feel free to add your own comments and expectations for the season ahead below.

Finally if you'd like to write and article and have it published, please feel free to contact a member of staff on the forum. We are looking for regular and occasional writers. UTV

It is crucial for various reasons. The season will be played out against a backdrop of an apparently dis-interested American owner wanting to sell out. The club was reportedly at one point for sale for £200M. Latterly this price has been reduced to £150M if you believe the press. One interested party had supposedly been granted exclusivity during the summer, but for whatever reason this had come to nothing and so the current “custodian” remains at the helm, at least in theory.

Another reason that this season is so crucial is the new domestic TV deal that will take effect at the start of 2016-17. The deal, over three seasons, will see Sky and BT fork out an incredible £5.136 billion for the rights to show live games. The club obviously need to still be in the Premier League to benefit from these revenues. They amount to all but guaranteeing the club that finishes in 20th place £100M, when taking into account live rights and position-based prize money. And while you're drooling at those figures and imagining what a top-six finish could earn, remember that these figures don't even take in to account the money to be gained from the overseas TV revenues.

The third reason that season 2015-16 is crucial is more of a personal one.
I've been a regular at Villa Park since I was twelve years old. In 1984, a friend and I made our first trip to Villa Park together to see Villa lose against Tottenham, thanks to a John Chiedozie second half strike. Despite the result that day I'd got the bug. My friend continued to attend for a season or two more before drifting into other interests, but I eventually bought a season ticket. By now it was 1987, that season in the old Division Two which is the equivalent to the Championship now. Relegation hadn't dented my enthusiasm and from then until now I've missed only the one season.
In those thirty-something years as a regular fan I could never say that Villa Park was a fortress. It would be great to be able to say that “season x was great because we were unbeaten at home”, however an unbeaten home season is not something that I've ever witnessed. That said, more often than not I have had a good expectation that Villa would win more than they wouldn't at home during any given season, even if the reality turned out to be a little different.
That previous statement, win more at home than not; without searching the internet, how many seasons in the last ten do you think we've achieved a better than 50% win ratio? Three maybe? We had three successive sixth-placed finishes under Martin O'Neill after all, so such an assumption would not be unreasonable. Well the truth is that answer is just the one, in 2007-08. And, while the other seasons under O'Neill were generally seeing eight or nine home wins per season, the last four seasons have been truly dire. Season 2011-12, under the management of Alex McCleish, is particularly noteworthy for seeing only four home league wins all season (meanwhile we lost a further eight!)

Things barely improved under the next manager, Paul Lambert. He had to go in my eyes after a home defeat to Fulham in March 2014, but it was almost a year later before he was actually sacked with a home record of thirteen wins from fifty home games.
This has brought me on to why I consider things to be so crucial from my personal standpoint.
The last four seasons at Villa Park, the place where I've witnessed upwards of ninety percent of my football, our team's results have been appalling. Appalling to the point that I have to question my own sanity for putting up with it. Every defeat, or every draw against the likes of poor sides like Sunderland brings frustration and anger, then despondency that leads to that “oh fuck it” feeling.

I've renewed my season card for this season, but really I cannot say with certainty that I will do so again. Another season of five or six (or four) home wins could finish it for me. Handing over my £510 in the summer is effectively an endorsement of what I have seen previously. Doing it time and time again suggests that all is well, but the truth is it isn't. If you add to the poor results the effect on fans that the aforementioned TV deal will have – any given game that is spewed out by the Premier League's fixture computer to take place on a Saturday could end up anywhere between a Friday and the following Monday once the TV companies have got involved – that's potentially a lot of inconvenience for the fans on top of the dreadful results that we've endured.
I'm hoping that Tim Sherwood can improve things. In fact, on the basis of him achieving with Paul Lambert's squad what Lambert himself seemed incapable of doing, I am fairly confident in that. I cannot comment on the signings he's made because, frankly, until the Bournemouth game, I knew nothing about any of them. But I am fairly confident in my expectation that we can reach the dizzying heights of mid-table mediocrity this time around.
For the club's sake, I hope that mid-table mediocrity is what happens this season. If I'm thinking of packing it all in after so long due to results and likely TV fixture disruption then there may be many more thinking along the same lines.
The supporters, the home supporters in particular, need something to cheer finally.

'Jumpers for Goalposts' an Exclusive Blog presented by Claret and Blue Army :: Comments

It's a very valid point about how poor we have become at home. It's not just the number of wins but how many times per season we have a genuinely entertaining performance there. Even under O'Neill we set out our stall in a counter attacking style which was best suited to playing away and meant we struggled to break teams down. In the last four seasons we didn't even have that and have just been outright poor. I am optimistic that this season can see us start to change that though. We've brought in players who if they come off are going to be exciting to watch. The hope has to be that they do come off to avoid a sixth season of struggle.

On the wider point about disillusionment with contemporary football, I see it as a big problem. It's not just the long standing and suffering fans but the younger generation. Back in the eighties when a lot of current fans (like Chris) became engaged, football was cheap. These days it's expensive and entertainment at Villa Park is in scant supply. I think it's an established statistical trend that the average age of a premier league crowd has been consistently increasing. If long standing fans become disillusioned who will replace them?

Thanks for your article Chris, it makes for a great and revealing read. It's much appreciated. I've linked to it on Twitter so it get's a much wider audience.

A fascinating read Chris. I was stunned by the "Fortress Villa" stats that show we are in fact the exact opposite. Our owner is fortunate that Villa fan's tend to prove the idiom "love is blind." 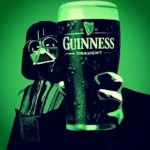 Good read, sums it up nicely.

Now that the transfer window's closed I think that it's going to be an interesting season ahead. I don't think we'll suffer from the same old predictable boredom of previous seasons. None of us know what will happen! We can come up with permutations and formations with our new signings, but until the story unfolds we're pretty much guessing.

I'm hoping for a successful mid table campaign, which will give us a good base from which to progress with a mainly young team.