An Aston Villa fans forum, created by the fans and for the fans. You want to bet against us

A warm welcome to Claret and Blue Army Fans Forum, it's really good to have you here

Why not familiarise yourself with the forum and all its various threads?! Including our welcome message, any questions, just ask!

There's a range of Villa articles in the Jumpers for Goalposts blog area, some great reads. Take a look!

Please feel free to follow our Twitter page, we can be found @CBArmyFanForum and you can 'like' us on FB search for Claret and Blue Army

If you'd like to write an article for our Blog, please speak to a member of the team

Hey ho, we're back in the sticky stuff without too much sign of a sensible plan. The message to our U23's last night was evidently .... "attack is the best form of defence"! How does that fit in with "one style of football from youth through to seniors"? If we wanted to get any more defensive in the first team than we currently are, all we could do is board up our goal.
Bruce said in his post match interview after the Forest game that we were just two days into our new system, and yet I swear I was watching the same old "sit deep and hoof" that we've watched in all Bruce's recent away games.
Which brings me to the Ipswich game on Saturday. We are at home, so I'm guessing that we plan to have more than the 30% possession that we seem to aim for away from home. We have some very good Championship players now, so why would we not say "to hell with the opposition, we can and will out score them"?
I've given up trying to predict a result when Villa play, because I genuinely don't know whether we're going to try to win the game, or try not to get beat, while hoping for a bit of luck on the break.
Bruce has to change his system yet again after only a few days of "Brucie MK 3 or 4" or what ever Saturday's sh*te system was. It's not the players .... it can't be unless they've all been told to play with their boots on the wrong feet, so it has to be down to Bruce and Calderwood.
I honestly believe that if our manager and coaches took the week off and let our players sort out how to play we would suddenly start playing proper football.
Ipswich are coming to "Fortress Villa", but are they worried, or do they see the chance of pressing us and letting us beat ourselves with yet another error? I'm aware of just how negative I'm being in this pre match introduction, but I'm taking my cue from Bruce's Villa. If we just go out and enjoy playing proper football we will probably win. If we stifle our players by keeping it tight and sitting deep we will either draw or gift them a win by virtue of yet another defensive mistake. It should be a simple decision, but our management are not demonstrating much common sense lately.

I'm going for a thumping win, because I'm hoping our players may well be too p*ssed off and embarrassed to listen to any more "keep it tight with a deep defensive midfield, and hit the long ball over the top to our strikers" instructions.
I live in hope.

I feel this poll should have a "Not a bloody clue" option. We should beat them but I wouldn't bet against us messing it up.

I can't think of anything Villa related that would sound logical or sensible, so I guess I'll have to wait for the match on Saturday to see if we're going to change for the better.

I'm saying win too, more in hope than expectation. Another disappointing result would be a hammer blow.

We have to win soon don't we? If we don't then we turn a stall into a nose dive.

With our new players being part of a couple of limp away performances hopefully they put in a better showing at home. Will Jedinak be fit again? And who should play left back?

At the press conference this morning Bruce said that Jedinak wasn't fit but Taylor is. I'm guessing that Taylor will start as left back, and if that happens I'd like to see Amavi playing wide left as his supply from the left touchline would be excellent. I don't think that will happen though as Bruce seems to favour Green on the flanks.

I'm not remotely excited by tomorrow's match, which tells me that we will probably play well and win. When I do get excited we don't turn up at all!

If we do win, you really will need to curb your enthusiasm then!

I am trying to adopt a zero expectation policy towards the Villa in recent weeks and yet it doesn't seem to help my mood a Jot when they go and vindicate my Zero expectation policy, by losing!! Against Notts Forest, I voted for a loss for the first time ever on this match thread and when we did lose I was even more disillusioned than ever. I don't think there is a cure for my Villa addiction and as much as I want to distance myself from Villa as they continue to give me a  metaphorical giant kick in my knacker's week in week out, I just can't!! By the time the next match comes around I'm miraculously cured of my villa hangover and I'm back, doe-eyed like the slapper at the disco who's promised themselves all week that they won't be copping off on Saturday night, just to find at the end of the night there she is, in the back of a cab with a kebab and some bloke called Kevin, who's got half a pot of gel in his hair and more aftershave on him than the first floor of Debenhams!....................  So that brings me nicely to this week's game versus Ipswich Town, a side that has been distinctively average this season so far and at it's at Villa park, we have the better players, we aren't that bad at home, we have a chance, surely, this is where  it all turns around for us......... Down Girl show some decorum...... this is how it starts, what you have failed to notice while you were entertaining fictions of whimsy, of Villas better players and Ipswich Towns distinct averageness, is that unbeknownst to you Kevin had undone two of his buttons on his shirt, letting his manly chest hair peep over the top, he's started to energetically throw his moderately muscled arms around with a modicum of coordination to suggest he might have rhythm..........whilst the lower half of his body has committed to what can only be described as a limited but mildly effective side shuffle showing off his perfectly acceptable well-polished shoes that tend to suggest he maintains a job and, and, and wooooo he's just dreamy!!!!!!!!! .............TAXI
4-1 to the Villa for me!!!!

Great post Jim, that put a match day smile on my face. I'll go with 4-1 Villa as well.

Truly we are all that Saturday Night Slapper much as we each try to suppress our hopeful urges. 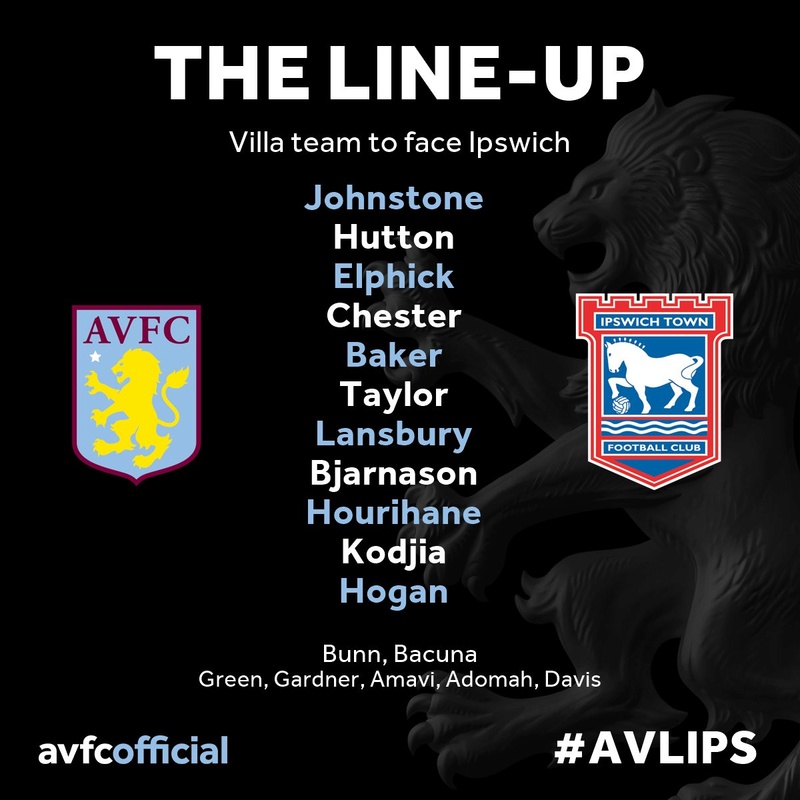